A look into what we teach in the Communications Director track at the Arena Academy.
Ravi Gupta 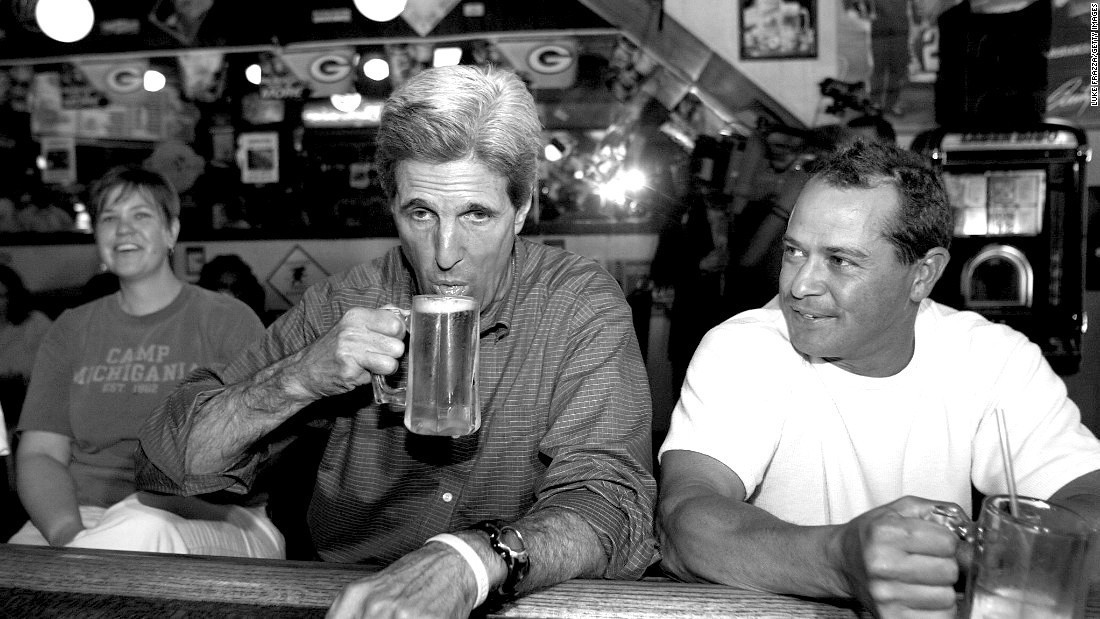 We wanted to share some of the key lessons from the Communications Directors track. In this post, we cover the introductory material, which is largely about how to craft a compelling message. If you are thinking about attending our next Academy but need a bit more clarity on the role of Comms Director or if you just want a refresher, this post is for you.

(If you want to read about the experience from the perspective of a participant, check out this inspiring account from Scotty Crowe, who attended the Charleston Arena Academy)

Guardian of the Message

What Makes a Compelling Message?

A candidate should clearly communicate their values, vision, and story in a way that’s real, relevant, and resonant.

Values and Vision: Why is the candidate running? What general principles does the candidate stand for? Can the candidate connect those values—implicitly or explicitly—to the future? Often, the campaign slogan incorporates the most important values. For example, Mayor Pete is about “Freedom, Democracy, and Security” and AOC ran on a “Fight for social, racial, and economic justice.” Those two are a bit on the nose; other campaigns have asked voters to read between the lines. Republicans have tended to be better at this. George H.W. Bush’s used the slogan “A thousand points of light”—which was a more literary way of saying he was for robust federalism. And his son was about “Compassionate Conservatism.”

Real: Does the message reflect who the candidate truly is? This should be considered at levels both large and small. If your candidate is running on “family values,” then they should live those values. If your candidate is running as a “person of the people,” they should make sure their bio truly reflects a hard-scrabble upbringing. It’s important to be conscious of the smallest details. We’ve all seen a candidate trying to communicate “working class” values by uncomfortably drinking a beer or embarrassing themselves at a bowling alley (I still love you, Obama).

Relevant: Are you highlighting issues and concerns that matter most to voters? Voters want to hear about how you will improve their lives. Your candidate may be super passionate about, say, the regulation of bitcoin. But I can guarantee you that, outside of maybe a handful of congressional districts in America, that issue currently isn’t moving voters at the polls. Your candidate can still be passionate about that issue, but they should not talk about it much. Instead, they should focus on issues actual voters on the ground say matter to them most.

Resonant: Are you tapping into the hopes, dreams, and/or fears of voters? Democrats have been notoriously bad at this. We tend to try to reason our way through elections. If only the voters unstood that my tax policy will help create jobs! Let’s get a white paper out about that. In contrast, Republicans have been adept at stoking outrage and fear—going all the way back to the ‘88 election with the infamous Willie Horton ad and continuing through to Cambridge Analytica’s use of psychological profiles to target American voters. The most effective Democratic campaigns have pushed beyond just logic—and have instead moved voters at the emotional level. That doesn’t have to mean resorting to fear. Obama ‘08 was about “Hope and Change” and Clinton ‘92 was about “A boy from Hope.”

(Sometimes) It Pays to Be Indirect

You can throw shade at your opponent without ever mentioning them. As David Axelrod has advised: “Great messages are often inferentially contrastive. Talk about the qualities your candidate has that the opponent doesn’t have.” Barack Obama spoke about “Change We Can Believe In”—implicitly suggesting that his opponent wasn’t trustworthy. Reagan was about “Peace through strength,” playing up the perceived weakness of Carter. Kamala Harris is running on a slogan of “For the People,” which implies some of her opponents are for big business and other special interests. Sometimes it pays to be on the nose (e.g., AOC was explicitly contrastive about Crowley being out of touch), but it’s often more effective to let the voters draw the conclusion for you.

She Who Frames the Election, Wins

The candidate who frames what the election is about usually wins. The most common way this plays out is in races involving incumbents. Challengers run on the need for change—and effective challengers make the race about who is most apt to deliver that change. In contrast,  incumbents run on stability, arguing that change is scary. The most famous example of this was Reagan’s reelection campaign message,“Morning in America,” and his famous TV ad that asked voters, “Why would we ever want to return to where we were less than four short years ago?”

There are, of course, other ways this can play out. For example, your opponent may be a liar, but if the voters care more about something else—say their marginal tax rate—then they may be willing to pull the lever for someone who plays fast and loose with the truth. If you want to win that election, you either have to frame as a referendum on truth—spending the time to convince voters why truth is important (e.g., “if he lied to you about X, he’ll lie about Y”)—or find something else to emphasize.

Voters want to know who the candidate is, where they come from, and how that story has yielded a person with the right values—someone who will fight for them. Only after that foundation is established should the candidate lay out their policy proposals.

For example, Alexandria Ocasio-Cortez’s (AOC) blockbuster ad, “The Courage to Change,” begins with her in her apartment getting ready in the morning. She narrates:

Women like me aren’t supposed to run for office. I wasn’t born to a wealthy or powerful family—mother from Puerto Rico, dad from the South Bronx. I was born in a place where your zip code determines your destiny.

We watch her ride the subway—which visually underscores that she doesn’t come from a fancy background—as she continues to talk about her identity and implying her values:

I’m an educator, an organizer, a working class New Yorker. I’ve worked with expectant mothers, I’ve waited tables, and led classrooms, and going into politics wasn’t in the plan.

Only then does she transition to describe the problems she wants to solve:

Every day gets harder for working families like mine to get by. The rent gets higher. Healthcare covers less, and our income stays the same. It’s clear these changes haven’t been for us and we deserve a champion.

She did the work, earlier in the ad, to convince the viewer that she is one of the “us” she describes here.

She then frames the race. It’s not about experience. . .

This race is about people versus money.

In an ad that is two minutes and eight seconds long, she gets to her policy prescriptions at one minute and thirty nine seconds. She spends a total of seven seconds on policy.

At that point, the viewer hears those proposals with a much deeper understanding of why AOC can be trusted to fight for those solutions.

It’s only by establishing a connection through values and story that voters will even start to listen to your policy proposals.

George Orwell’s essay ‘Politics and the English Language’ is worth reviewing.

And here is The Economist, in its style guide, building on Orwell’s rules:

“Clichés numb, rather than stimulate, the reader’s brain…Many of these expressions are meaningless. All are ugly. All are borrowed unthinkingly from the language of other advertisers, and since they appear so often they fail to make an impact.”

The examples of cliché and jargon in politics are too numerous to account: economic opportunity, job creator, fiscal stimulus, economic justice . . . I could go on. The effect is a numb electorate. The point isn’t that the underlying truth behind these concepts is necessarily wrong, but voters turn off their brains as they hear the same turgid phrases repeated.

In contrast, effective political communicators electrify their language with fresh and sometimes unusual words and metaphors.

For example, in a 1988 speech to the Democratic National Convention, the late former Texas Governor Ann Richards remarked, “After all, Ginger Rogers did everything that Fred Astaire did. She just did it backwards and in high heels.” A lesser politician would have stuck to general language about “gender equality,” but Governor Richards opted for a concrete and humorous metaphor that we still reference over thirty years later.

In another example, in 2018, a protester named Steven Stewart spoke to a crowd of Republicans about how out of touch they were as they attempted to take away his healthcare. Stewart, who was raised by a single mother on welfare and lost two partners and a best friend to cancer, said, “You’ve forgotten what it’s like to be a human being. They don’t know what it’s like to go to the bank and hit ‘balance.’ They just hit ‘withdraw.’”

That’s a hard line to forget. It’s evocative for anyone who’s had to worriedly check their balance at an ATM—and makes us mistrust those who’ve never had that experience.

This is just a small sample of the content from our Communications Director track. At our Academies, we address more technical pieces of the job of a Communications Director, such as how to work with reporters, how to prep a candidate for media appearances, and how to manage rapid response. To get the full experience, apply for one of our upcoming Arena Academies here.