Reflections on the Charleston Academy 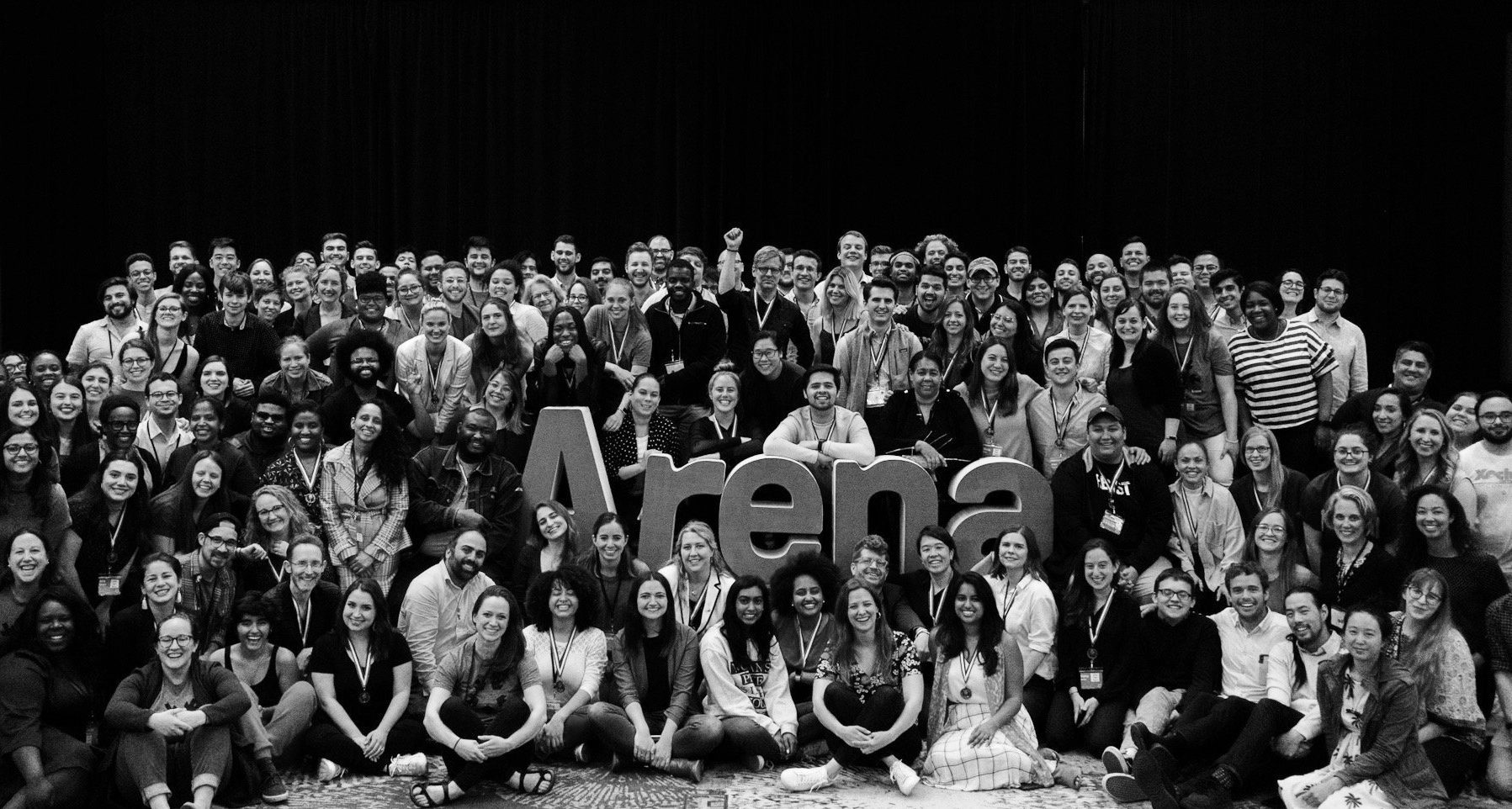 Last week, I spent five days at Arena Academy in Charleston, SC with 200 other folks training to work on campaigns for the 2020 elections.

The first four days were nonstop with some of the most in-depth, rapid-fire trainings I’ve ever had. The full academy came together for sessions on unconscious bias, inclusion and equity-based management, and data analysis.

Thanks to Dr. Kira Banks, our unconscious bias trainer, and Nellie Sires of the Management Action Center, for all of the truth.

But what hit me in the chest was my “track” to be a Communications Director. My hope was that all these years I devoted to storytelling on stage, in front of the camera, working with young people, could be of some value to a candidate, race, or office.

Six minutes into the first Comms session, I knew I was in the right place. For the next four days, I was pushed to try to think, write, analyze, speak, and problem-solve outside of myself. Many times, I felt like the 30th-smartest person in our room of 30 people.

We took a comprehensive dive into every aspect of a Communication Director’s role on a campaign. It was illuminating, challenging, invigorating. In about 12 hours of sessions, Ravi Gupta of Arena and Hari Sevugan of 270 Strategies dropped an entire semester’s worth of knowledge on me.

And then, there was our last day: The Arena Cup.

Everyone was placed on a mock campaign team with folks in other tracks: a Campaign Manager, Data Director, Digital Director, Campaign Finance, Organizing Director, and Organizer.

We were given a fictional candidate in a real district with real stakes and 22 hours to build an entire campaign plan. And then pitch it in a 15 minute presentation.

It was wild. High pressure, tight timelines, strong personalities, experience levels all over the map.

As Communications Director, my role was to create a message and deploy a strategy to win over voters in northern Arizona.

We centered around the idea that working in education and caring for the environment was akin to planting seeds for the future. I applied that message to a set of values and linked them to our candidate’s story and policy issues.

I had a good time creating a logo and campaign slogans rooted in that message, based on the Arizona state flag colors and imagery.

I mocked up some direct mailers, field lit, and volunteer swag.

I even made a campaign video. I found and (only) used footage from groups in northern Arizona that would be our constituency — education groups, parks, our candidate’s college, and local folks who work in health care and government.

It was a 12 hour sprint of writing, thinking, testing, designing, and creating that made me feel as alive as ever.

And then our team came together and built a whole, comprehensive five-month strategy for the campaign. Our plan included data analysis, budgeting, fundraising, staffing, media, organizing, and volunteers.

I don’t know if I’ve ever worked with a group that was so surgical, so smart, so trusting (and so NEW!) under intense pressure and urgency.

And then, one other thing:

On the first day of the Academy, we participated in an affinity exercise (“Stand if you identify with this statement: …”). One was “if you identify as a leader.” I stood up without too much thought, joining much of the rest of the room.

At our closing, the room was asked if anyone who *didn’t* stand on day one had an experience where they now identify as a leader. And some brave folks stood and shared some really beautiful stuff about a transformation they experienced.

But I realized I actually had an opposite — or different — thing happen. I challenged myself to feel confident and committed in filling my specific role, taking delegation from our Campaign Manager. I tried my whole best to listen more than I spoke and stay in my lane.

I found that in not seeking a leadership stance on my team, I was able to narrow my scope to what I cared about most — storytelling and design. And while it’s not work that will go into a portfolio, I stand by the thought and design that was pulled off in less than a day.

A massive part of that was a decision to trust — one part my own business around letting go of the reins, but three parts confidence that everyone else on the team was getting the same diamond-level knowledge and practice in their “tracks.” (They were.)

So with all that said, Arena Academy is the realest of deals. If any of the above sparks something in you:

Sign up to hear about the next Arena Academy.

Thank you, Arena, for filling us all the way up.

Adapted with permission from a Twitter thread written by @scottycrowe.