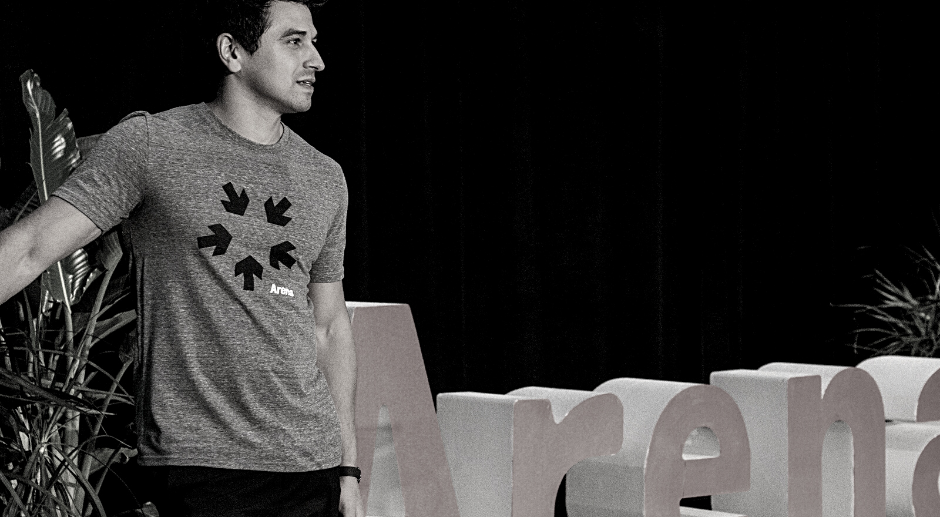 In the ashes of the 2016 election, we built something beautiful. We assembled an enduring community, helped elect the next generation of political leaders, and built the most robust talent pipeline the Democratic Party has ever seen.

After four years, I’ve decided to put an expiration date on my time as leader of Arena.

This February, I will transition from the executive of the organization to the Board of Directors, where I will continue to support our mission. We’ve formed a committee that is hard at work looking for my replacement, and we plan to make that selection in early 2021.

It’s hard to describe what the past four years have meant to me. When we first gathered in a Nashville ballroom in December of 2016, we faced a seemingly hopeless challenge. The GOP had just captured the presidency, held both chambers of Congress, and even controlled the state senate in my home state of New York.

Now, as I write this, we’ve won the presidency, flipped and held the House, and have an opportunity to win the Senate in a few short weeks. I’m proud of the role Arena has played. We’ve:

More important than any of these stats are the stories of the people I’ve been blessed to serve along the way. Those who’ve decided to fight cynicism and apathy to enter the arena. The librarian from Sioux City who took a leap of faith to attend our first Academy. The 27-year old immigrant who took on an 11-year incumbent to become the executive of the third-largest county in the U.S. The nurse from Naperville who walked through the doors of our first Summit with a dream and then through the doors of Congress just two years later. The list goes on. And none of this would be possible without you.

I am confident leaving Arena because the strong community we’ve built is in good hands with a talented staff. I want to thank them for their heart and hustle these past four years. They wake up every day asking how to make our democracy better, and they aren’t slowing down. We have big plans for the years ahead, including seven Arena Academies between now and the midterm elections.

I also want to thank the founders of our organization who nudged us along until we could fly on our own. Especially Swati Mylavarapu for believing in us before there was an us, and to Kate Catherall for taking a leap of faith to merge our organizations and join forces for the greater good.

And of course, I would be remiss if I didn’t thank the candidates. Those who’ve won and lost, for jumping into the fray. You’re real-life superheroes. I’ve watched as you’ve strained your relationships, bank accounts, and sanity to endure this gauntlet we call American elections. I am in awe of anyone who is willing to go through that to make their communities stronger.

There were many days when I would feel doubt creep in but think of each of you out there fighting for every inch and find hope yet again. Know, the credit belongs to you, the people in the arena.

As for me, I plan to take some time off to write and reset before jumping into any new venture. But I said something similar when I left RePublic Schools, and here I am four years later, having never taken the sabbatical I originally planned. Whether it’s a day or a year off, I hope to use this time to dive deeper into what’s ailing our country and how we can build more ethical, unified, and trusting communities.