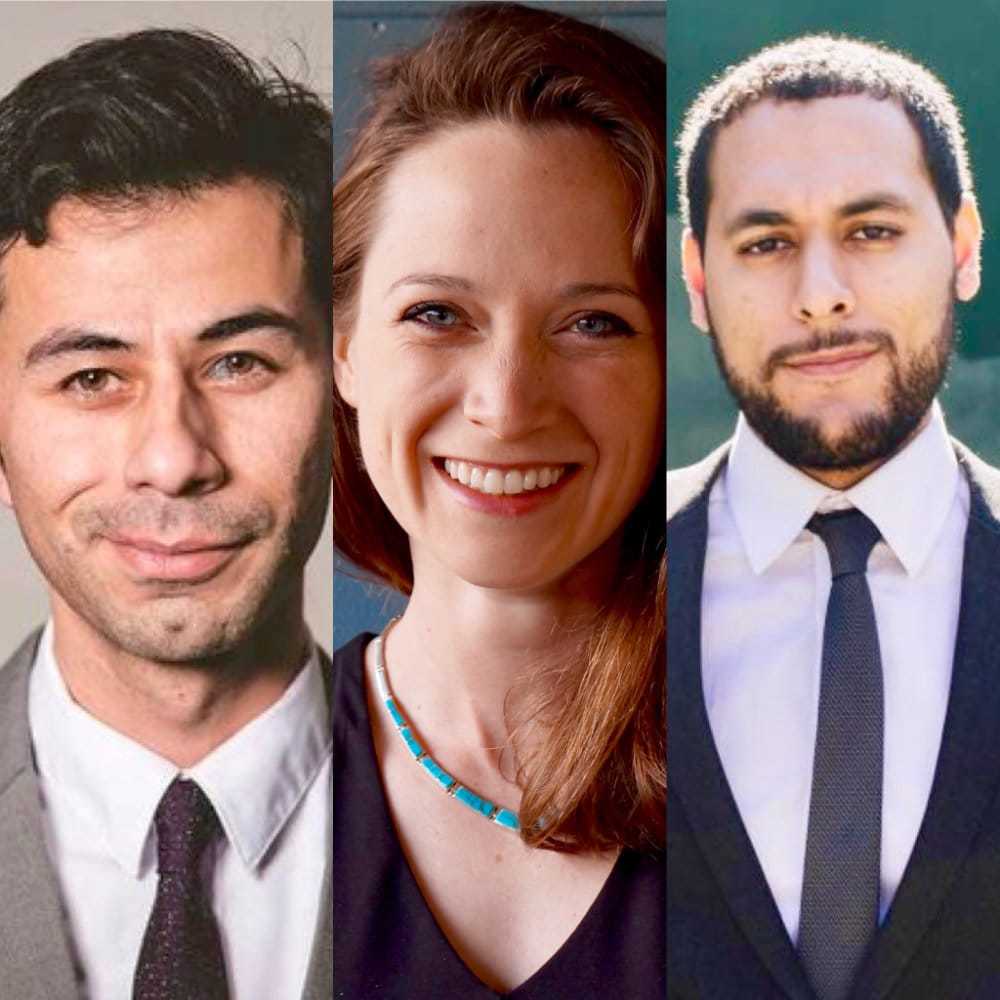 Over the next several months, we plan to support many more candidates with robust, personalized support. And in September, we plan to host our largest Summit yet in Philadelphia.

Santiago, Julia, and Chris each join our team so we can scale our work to serve more candidates and build stronger supports for our community.

We can’t wait to share what we have in store. In the meantime, here’s a bit more about each of them.

Before joining The Arena, Santiago was a Senior Vice President of Data & Analytics at 270 Strategies. For over eight years, he has helped organizations make informed, data-driven decisions to meet their goals. Using his extensive campaign experience, he helped campaigns across the country and around the globe run sophisticated data-analytics operations. In 2012, Santiago was the North Carolina data director for President Obama’s re-election campaign, where he used reporting and targeting to build one of the most sophisticated data shops in the campaign’s 10 battleground states.

Santiago got his start in 2008 as a field organizer in North Carolina, where he aided in President Obama’s historic 14,000-vote victory. Santiago graduated from Arizona State University with BA in Political Science. He also serves on the Board of Directors at the Latin American Youth Center which strives to empower a diverse population of youth to achieve a successful transition to adulthood through multicultural, comprehensive, and innovative programs that address youths’ social, academic, and career needs.

Julia has worked in labor, political, and community organizing. In 2016, Julia worked on the Clinton campaign in Ohio, and in the wake of the election rejoined the labor movement as a Lead Organizer with the United Auto Workers (UAW), overseeing regional operations of a campaign to unionize over 7,000 workers.

After graduating from Harvard in 2013, Julia trained as a labor organizer with SEIU in Oakland. She went on to organize coffee farmers in Colombia and helped build an agriculture tourism business to supplement the incomes of smallholder farmers in a post-conflict region. Julia received her A.B. from Harvard in History and literature. She grew up in California and New Mexico. She speaks fluent Spanish and wrote her senior thesis on activist art groups from the 2011 economic crisis in Argentina.

In 2017, Christopher jumped into the arena and ran for New York City Council in the 1st District. Before running for office, he worked for IBM’s retirement fund as an investment analyst and trader. Christopher got his start at CastleOak Securities as an investment banking analyst.