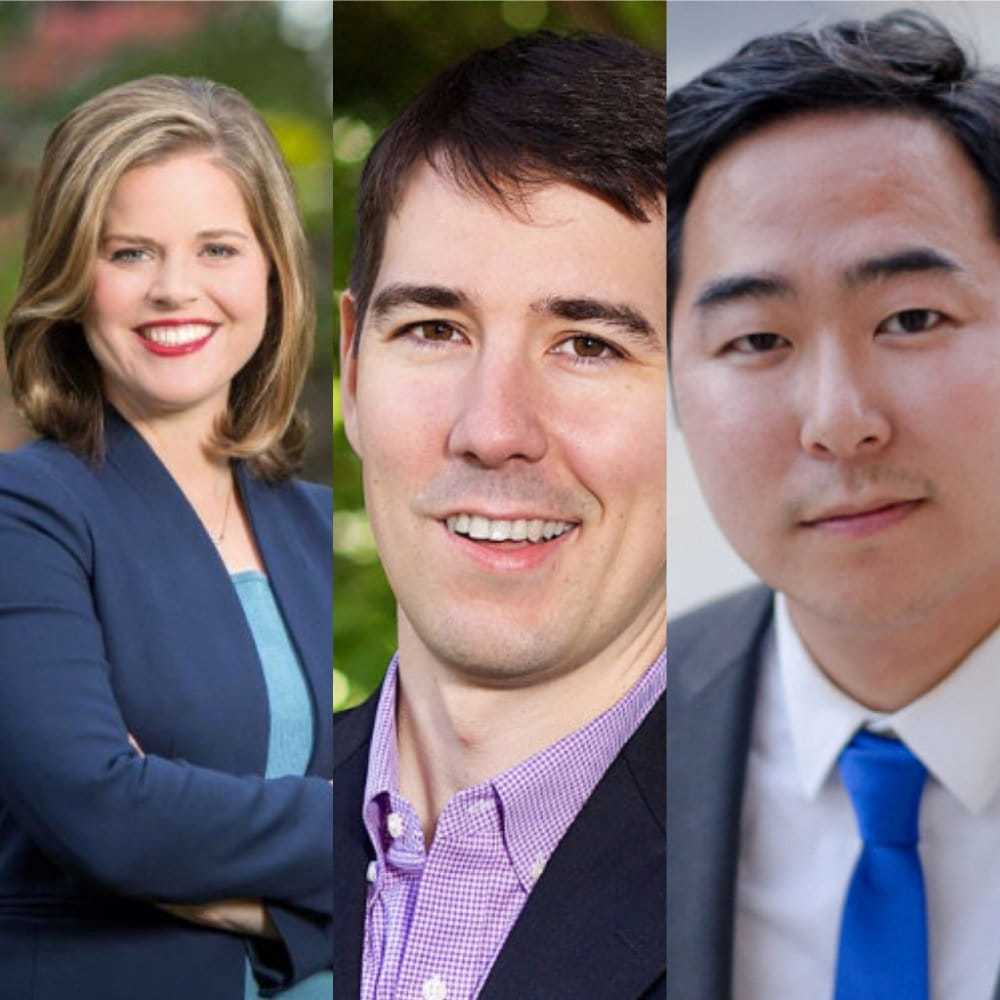 And all three won.

That means that each of our 12 Fellows who’ve faced a primary so far have won. We’re proud of the key role that you — our community — have played in these important elections.

Jessica, Josh, and Andy are each part of our inaugural class of Arena Fellows, where we provide robust, personalized support.

As an example, Jessica received coaching and guidance on storytelling, organizing, and campaign leadership. She also received over $62,000 in campaign contributions through events hosted by The Arena Joint Fundraising Committee.

With each of these victories, our republic takes a step toward a more just, equitable, and inclusive society.

Jessica, Josh, and Andy move on to a competitive general election — and they need your help. Visit their websites to learn how to donate your time or resources.

Here’s a bit more about each candidate who won last night.

The daughter of two public school teachers, Jessica grew up in Northern California hunting, fishing, and hiking in the Sierras. She has worked for the State Department, Defense Department, and USAID, including civilian duty in Iraq. Jessica is a fierce advocate for her community — and is passionate about funding wildfire prevention, increasing vocational training, and ensuring access to quality, affordable healthcare.

In November, Jessica will be on the ballot facing incumbent Tom McClintock.

Josh is fifth-generation resident of California’s Central Valley. He has degrees from Stanford and Harvard and now teaches at Modesto Junior College. Josh wants the Central Valley to share in California’s economic growth — and that’s why he’s running on a platform of investing in better jobs, infrastructure, and education. He also backs Medicare for all.

In November, Josh will face off against incumbent Jeff Denham.

Andy grew up in New Jersey’s 3rd Congressional District in the suburbs of Philadelphia. He’s a career public servant including two years at the White House. He also served in the Pentagon, State Department, USAID, and Senate Foreign Relations Committee. Andy is running on a platform of accessibility and transparency — and has pledged to host at least one in-person community town hall per month. As the son of immigrants and the father of two boys, Andy is running to preserve the American dream for families like his.

In November, Andy will be on the ballot facing incumbent Tom MacArthur.