If it can happen here: Victories in the NY Legislature

The group of Arena Fellows who defeated the IDC just achieved historic victories in the NY Legislature.
Ravi Gupta 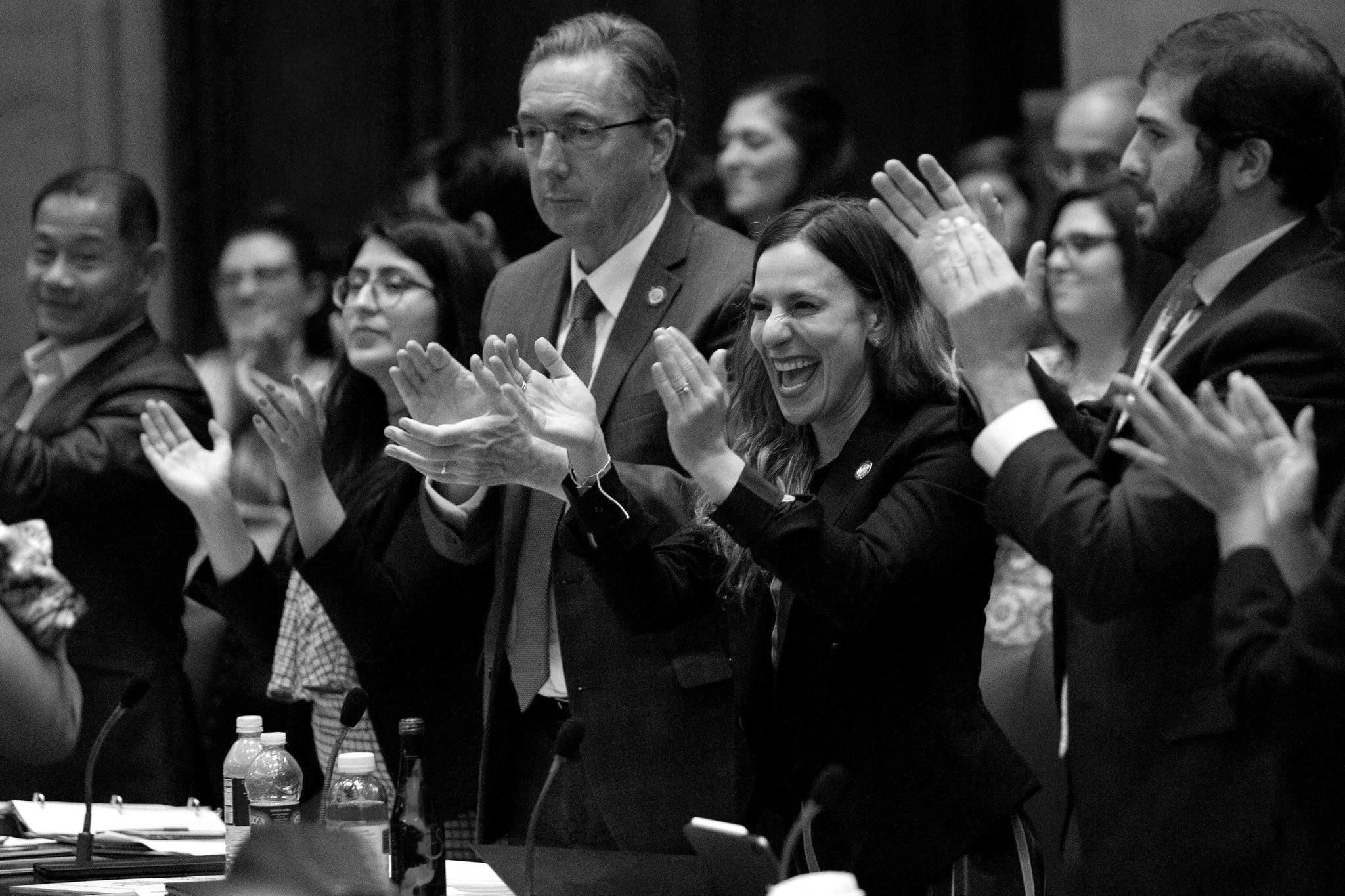 During the 2018 election, Arena was a leader in the effort to defeat the Independent Democratic Conference (IDC). The IDC was a group of breakaway Democrats who caucused with Republicans to block progress on women’s reproductive rights, criminal justice reform, ethics reform, and a host of other issues. Most experts thought the IDC was unbeatable.

But every Arena-backed challenger to the IDC won, including Arena Fellow Alessandra Biaggi, who unseated the IDC’s leader. There is no IDC anymore. And in its place is a group of energetic, ethical, and visionary Arena Fellows.

Even in victory, skeptics claimed this new group of reformers wouldn’t be able to make progress in Albany. They are too naive, they said. They don’t know how to govern. Their ideas are impractical.

Once again, our Arena Fellows proved them wrong. Our Fellows led the way in closing out what the Governor called “the most successful legislative session in modern political history.” Arena Fellows like Senators Zellnor Myrie, Jessica Ramos, and Alessandra Biaggi led the way in sponsoring much of this legislation.

Here’s what the New York Times had to say:

“Even as officials across the country have harnessed their new monopolies to take their states further right or left, the speed and breadth of change in Albany stood out. . . .They rewrote New York City’s rent laws, passing the strongest tenant protections in decades. They unveiled one of the nation’s most ambitious climate plans, mapping a 30-year course toward a carbon-free future. They granted undocumented residents the right to driver’s licenses, gave farm workers collective bargaining rights and passed strict anti-sexual harassment laws.”

And here’s a handy summary from our friends at No IDC NY:

This is great progress. But we have much more work to do. Many critical pieces of legislation fell victim to the Kafkaesque forces of Albany, including marijuana legalization, automatic voter registration, robust public financing of elections, and the pied-à-terre tax on second homes in NYC. These measures largely enjoy the support of the majority of New Yorkers, but failed because Albany continues to be broken. Read more about how we can work towards an ethical and energetic government here.

If you don’t live in New York, consider this an example of how Arena’s campaign fellowship translates into policy change. Millions of New Yorkers will live better lives because of your support for our work. If you want to contribute to our efforts to reform state and local politics around the country, chip in here.

If you do live in New York, we can’t be complacent. Work for the 2020 campaign and legislative season begins now. If you or someone you know wants to work on a campaign in New York, apply for the Arena NYC Academy here. If you or someone you know wants to take part in a leadership seminar focused on wielding power in New York for good, apply for the Five Borough Future Fellowship here. (Note that today is the early decision deadline; the final deadline is July 1.)