Four ways to fight back against Amy Coney Barrett’s confirmation

Things will be much worse if we don’t elect Democrats at every level of power, including state legislatures — where the GOP routinely pass laws with the intent of having controversial cases reach the Supreme Court.
Ravi Gupta 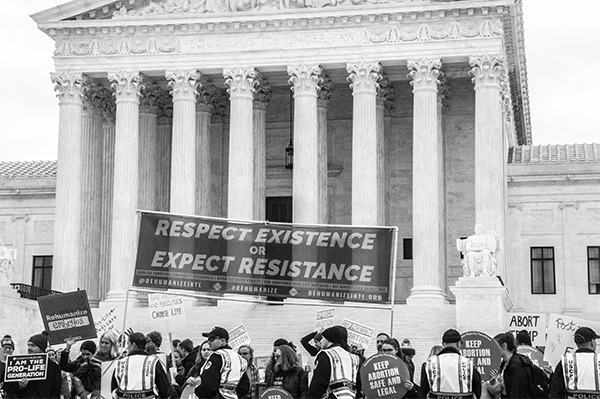 Amy Coney Barret was just confirmed to a lifetime appointment on the Supreme Court.

There’s no sugar-coating this. It’s bad. Amy Coney Barrett will be a rubber stamp for the GOP as they try to dismantle the Affordable Care Act, and come for our basic rights like access to abortion and marriage equality.

I’m furious. I’m writing this because you might be too. But don’t give up. Right now we need to dig deep and keep fighting because, somehow, the stakes of the next eight days just got higher.

Things will be much worse if we don’t elect Democrats at every level of power, including state legislatures — where the GOP routinely pass laws with the intent of having controversial cases reach the Supreme Court.

Many Supreme Court cases start with bad laws at the state level. Take for example Arizona vs. United States in which the Supreme Court upheld Arizona state law SB 1070’s notorious “show me your papers” provision. Setting a discriminatory precedent and allowing a law that invites racial profiling to stand.

All of this is why Arena and Future Now Fund have teamed up to support 75 incredible candidates in Arizona, Florida, Michigan, North Carolina, and Texas to flip seats and flip state legislatures.

By flipping state legislatures we can stop these bad laws from passing in the first place and protect our rights from an extremist, right-wing Supreme Court.

Over the next eight days, I’m asking you to do everything you can to build a line of defense against Amy Coney Barrett. To protect quality, affordable healthcare, save lives in the pandemic, and preserve our democracy there is one simple answer — state legislatures.

Here are four actions you can take in the next eight days to defend your rights:

There’s not much to add here. Make a plan to vote all the way down the ballot. Visit Vote Save America’s ballot guide to learn what’s on your ballot.

2. Make sure everyone you know votes for Democrats all the way down their ballot

Are there people in your life who are still undecided? Do you know someone who could use a little persuasion to vote for Democrats on the state legislative level? It’s time to have that conversation. We’ve got two tools to guide you.

Click here to listen to Episode 7 of Boiler Room to learn how to persuade people like the pros.

Click here to check out our Relational Organizing tool to learn how to talk to friends and family about voting.

Arena and Future Now Fund have teamed up to support 75 incredible candidates in five states to flip seats, flip state legislatures, and fix gerrymandered districts. We chose these states because their Republican majorities are paper-thin and the policy stakes are huge. In most cases, we only need to flip a handful of seats to fix Republican-made state crises like racial gerrymandering and restrictions to Medicaid.

State legislative races can come down to a handful of votes — Dan O’Neil in Michigan lost his race in 2018 by just 349 votes — and reaching voters costs money. Your support can make all the difference. Chip in before it’s too late.

Click here to give to Arena to keep our training and support free and low cost.

There’s still time to talk to voters and let them know about state legislative candidates. Given the nature of campaigning this year, most campaigns are prepared to in-take volunteers from all over the country. Find a candidate that excites you and sign up to make phone calls, send texts, and help reach as many voters as possible before November 3.

Click here to check out our slate of candidates and sign up to volunteer through their websites.