Tonight, four Arena Fellows were on the ballot in Texas and Georgia — and all four won.
Ravi Gupta 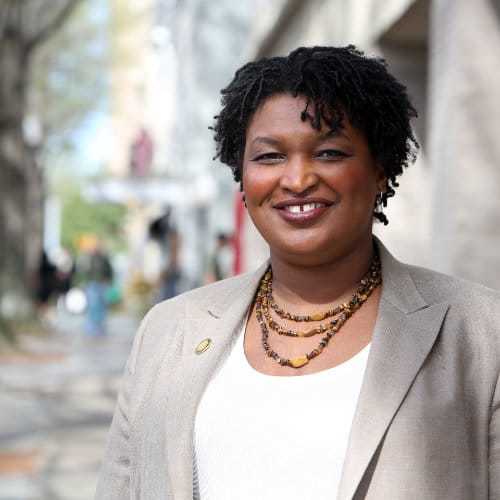 Tonight, four Arena Fellows were on the ballot in Texas and Georgia — and all four won.

To date, every one of our Fellows who’ve stood for a primary has won — including some who overcame nearly impossible odds. We are proud to support these leaders as they move on to general elections in November.

Let us take a moment to tell you about each of tonight’s victors.

If elected, Stacey will be the first black female governor in the United States. Stacey is the daughter of two ministers. She was President of her class at Spelman and graduated from Yale Law School as a Truman Scholar. She currently serves in Georgia’s General Assembly as the Minority Leader and Representative from the 89th District. During her tenure, Stacey has stopped legislation to raise taxes on the poor and middle class and to roll back reproductive healthcare. She also brokered compromises that led to progress on transportation, infrastructure, and education.

Gina is everything you could ask for in a candidate — she is brave, authentic, and understands the lived experience of the people she will serve in Congress. She is a first-generation American and the daughter of a single mom. She courageously served under Don’t Ask Don’t Tell as an Air Force Intelligence Officer in Iraq, and went on to work in national security in many levels of the government. She is passionate about looking out for the most vulnerable in our society.

MJ served three tours in Afghanistan as a combat search-and-rescue pilot, earning the Purple Heart and Distinguished Flying Cross for saving the lives of her crew and patients after her Medevac helicopter was shot down by the Taliban. Upon returning home, MJ went on to become a fierce advocate for women, fighting to ensure that all jobs in the military are open for competition to both men and women. She led the lawsuit against the Defense Department (Hegar v. Panetta) over a policy that excluded servicewomen from ground combat positions — which led to its eventual repeal.

Shelly has been serving marginalized communities for over fifteen years. She founded The Social Empowerment Center, a mental health treatment center in Lawrenceville, GA. As the chairperson of the Local Interagency Planning Team and the Children In Need of Services Committee, Shelly assists local leaders in providing access to unconventional services for children in need of behavioral health services. Faith has been central to her work; she serves as a eucharistic minister and lector in her local Catholic Parish.

Imagine what our country will be like after these four — and many like them — are elected. With each of these victories, our republic takes a step toward a more just, equitable, and inclusive society.

Now, Stacey, Gina, MJ, and Shelly face the general election — and they need your help. Visit their websites to learn how to donate your time or resources.